The Afro-Semitic Experience had a great performance last weekend at the Hebrew Institute in White Plains. The band played a show that lasted just over two hours and included music for Hanukkah as well as a touching tribute to the victims of the Newtown Massacre.  Warren Byrd sang up a storm and his rendition of the 23rd Psalm (in memory of the Newtown Massacre victims) brought the room to tears.
Leah, the band's new friend shot some video snippets of the concert and posted them on YouTube. Click here (Afro-Semitic Experience at the Hebrew Institute) to get to that video. Thanks Leah!!!

Leah also sent the band some great photos of the performance. Here's the group at sound check.

And here's a shot of of Abu Alvin Carter, Sr.  at his congas. Go Abu!! 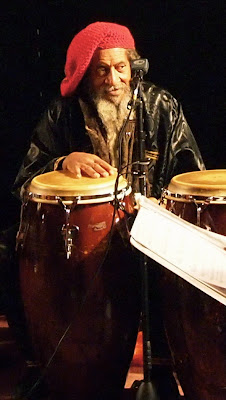 Will is getting down on the clarinet. Everyone is pretty focused here. 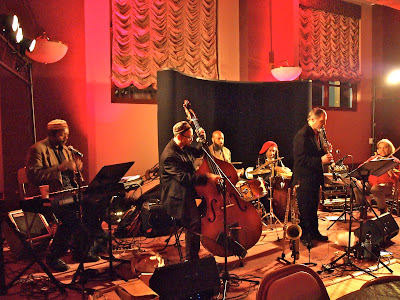 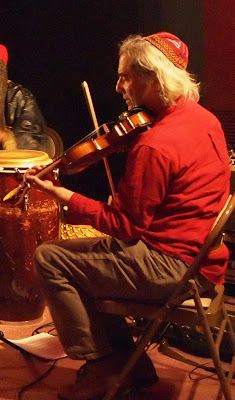 A shot of the band singing the last part of the "Road That Heals the Splintered Soul." You can almost hear Alvin's mellifluous baritone voice coming through the photo!! 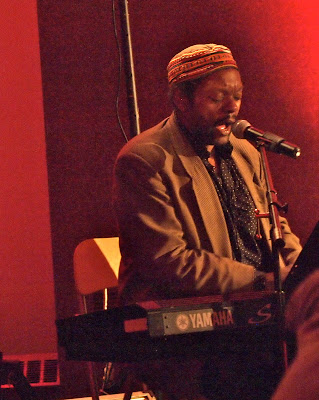 Will Bartlett bringing it on the tenor sax!!

David Chevan laying down the lines on the bass.  Oh, slap that thing!!!

The heartbeat and drumbeat of the Afro-Semitic Experience-- Alvin Carter, Jr. on drum set and Abu Alvin Carter on percussion!! 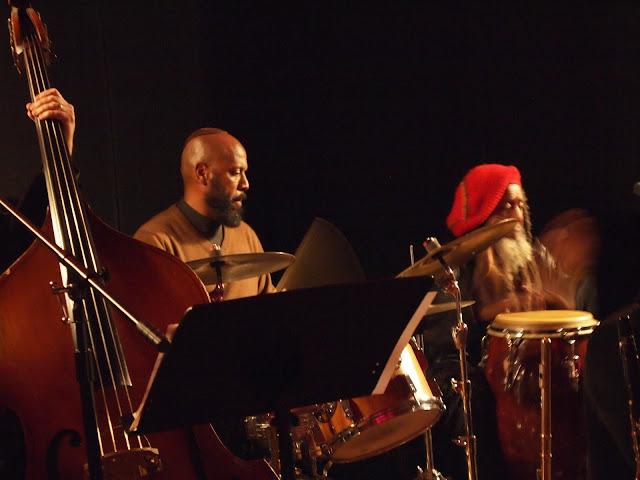 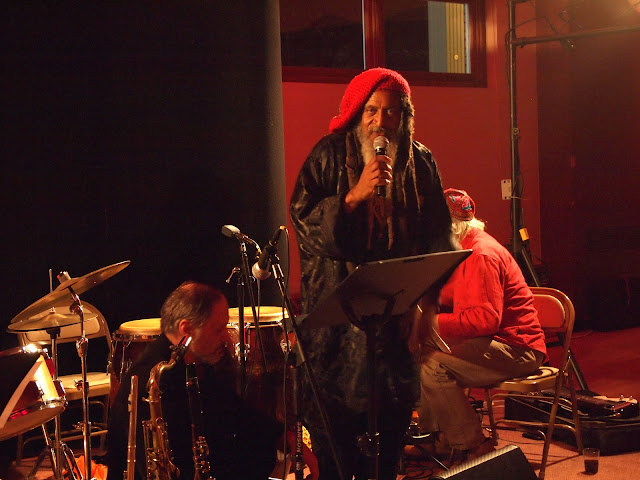 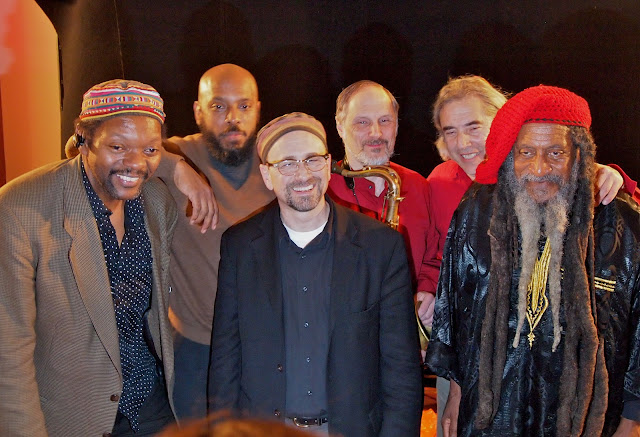 Thanks again to Leah for sharing these great photos with the band.  See y'all at our next show!!