LETTERS FROM THE AFFAIR 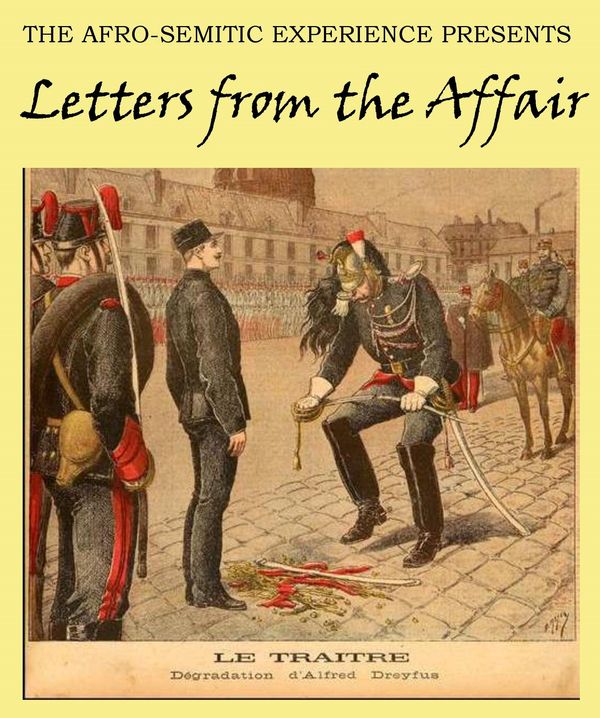 Letters from the Affair is a multi-media work that crosses the boundaries between jazz, opera and musical theater (It also has a great deal of art history in it).  Letters from the Affair tells a true but little-known story about the Dreyfus Affair and how it ended the friendship between the artists Edgar Degas and Camille Pissarro.  The work traces the relationship of the two artists from before the first impressionist exhibition until Pissarro’s death in 1903.  All of lyrics to the songs in this work are taken directly from letters written by these two artists.

The piece  illustrates how Degas’ anti-Semitism was at the core of the break of their friendship while also showing how Pissarro, who was Jewish, had to face anti-Semitism on a daily basis during the peak of the Dreyfus affair.

Your piece is wonderful. The music is evocative and beautiful. The tessatura bodes well for the singers, who did beautifully. Finally, the orchestration was just right.

International Premiere in London at the Tsitsit Fringe Festival 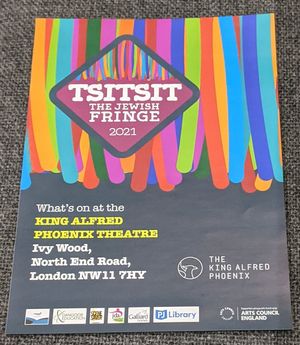 The first performance was a workshop at the Jewish Museum in London on Sunday, October 17.

The second performance was the London premiere at the King Alfred Phoenix Theatre.  An excerpt of that performance can be viewed in the panel on the left.

The final performance was on Thursday, October 21 at the Stern Pissarro Gallery in London where we were surrounded by Camille Pissarro's paintings and sketches.

The London CAST and ENSEMBLE

I'm working on a longer narrative about bringing the performance to the festival. In the meantime below are some photos from the rehearsals and performances 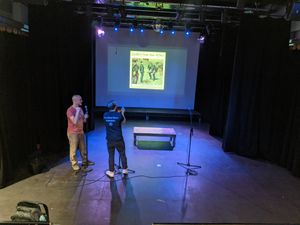 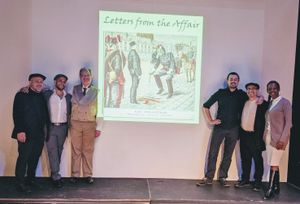 Two photos from the King Alfred Phoenix Theatre.  On the left is the theatre director Robert Messik and Matt, his tech guru.

On the right is the cast and band after the performance. L to R: Yair Schleider, Yoav Oved, Martin Levson, John Mcnaughton, me, and Maya Kay.