PHOTOS FROM THE PORTER-PHELPS-HUNTINGTON MUSEUM

The Afro-Semitic Experience performed in the Sunken Garden at the Porter-Phelps-Huntington Museum in Hadley, Massachusetts on June 19.  The Sunken Garden is a beautiful setting for music and long time friend of the band, Julie Chevan (and our bass player's wife!!) took some great photos of the group.

The band arrived to find Art Steele, their long time friend, sound-man, and local blues guitar legend hard at work getting things ready for the band to play. 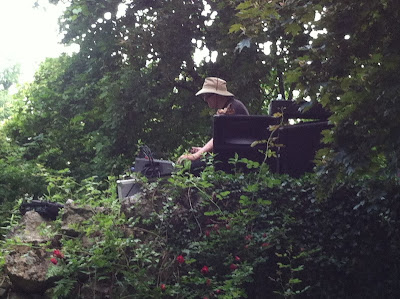 Everyone quickly got to work setting up instruments and equipment.  Here's Saskia, Abu, and Alvin getting their gear ready for the concert.  Isn't this a great setting for a concert? 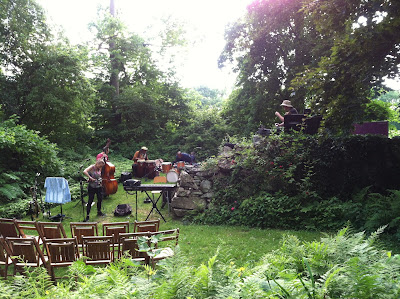 Here's the band during the sound check: 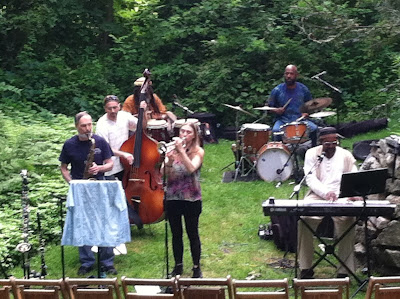 After the sound check David's parents prepared a vegetrian feast for the band.  Here's Will and Abu munching on some of the delicious salads.  And below that is a shot of David with his mom.  Thanks for all the good food!! 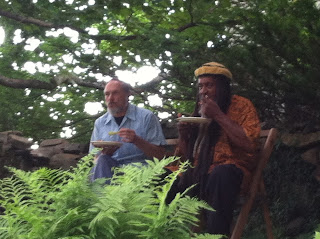 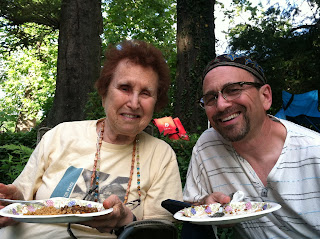 Before the band began playing Abu Alvin Carter, Sr. gave a benediction and blessing for the performance. 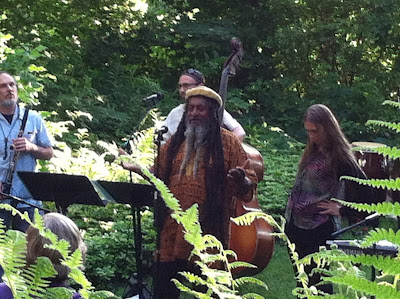 After Abu's benediction the band began to play--and what a night and what a setting!!  Some great music for a receptive and joyous audience of all ages. 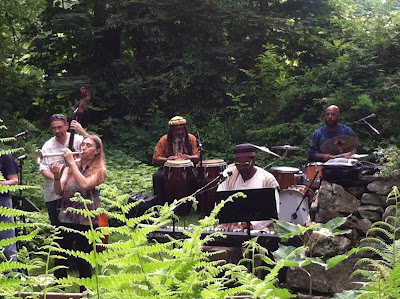 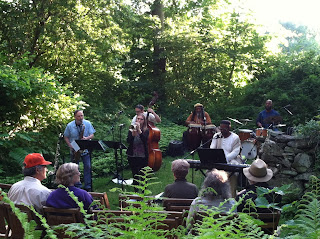 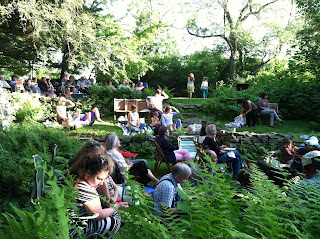 What a night!  Many thanks to Susan Lisk and her staff for a good night in a beautiful setting. 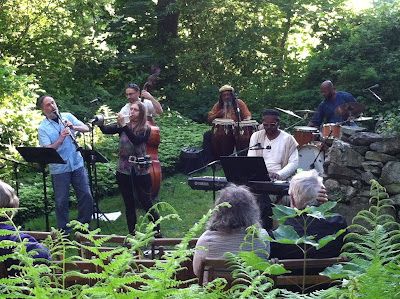